was celebrated with a fine Reception & Dinner

At The Palace of Westminster (The House of Commons Dining Room), London 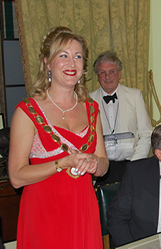 The President with Mr Quentin Mann (the Master of Ceremonies)

The President presided over this grand event held at one of the world’s most prestigious buildings. 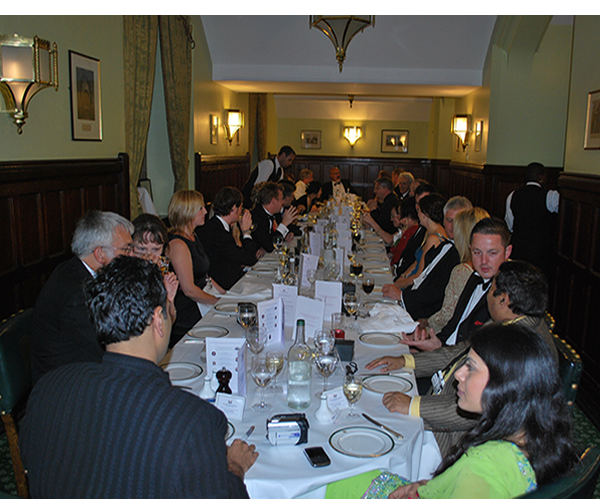 All being members of TTS and their accompanying spouses / partners. Some had travelled across the world to be present.

The evening which was heralded as fabulous in every way, commenced with a Champagne Reception at 6 pm.

The Members and Guests were seated to hear a letter read from Her Majesty The Queen.

Grace was said and dinner was served. 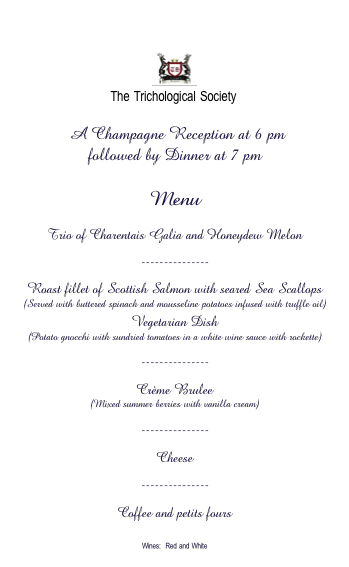 The Post-Dinner Toasts, Addresses and Presentations:

‘The toast to The Queen’ was presented by Mr Quentin Mann (the Master of Ceremonies).
A short history of ‘Trichology and TTS’ to date was presented by Mr Robert D Olding (The Father of orthodox trichology)
‘The Society and Education’ was delivered by Mrs Karen Todd (a first TTS graduate)
‘The Society and worldwide Trichological Sciences’ by Dr Akshay Batra (a Doctor practising in India)
‘The Future of The Society’ by Mr Martyn Trenerry (a Solicitor with special interest in hair sciences)

The President delivered an address and presented flowers to Mrs Estelle Scott.

At 9.45 pm the President and Mr and Mrs Lee Scott retired.

After private farewells the members and guests made their departure to the words:

“Happily have we met

With happiness may we meet again”