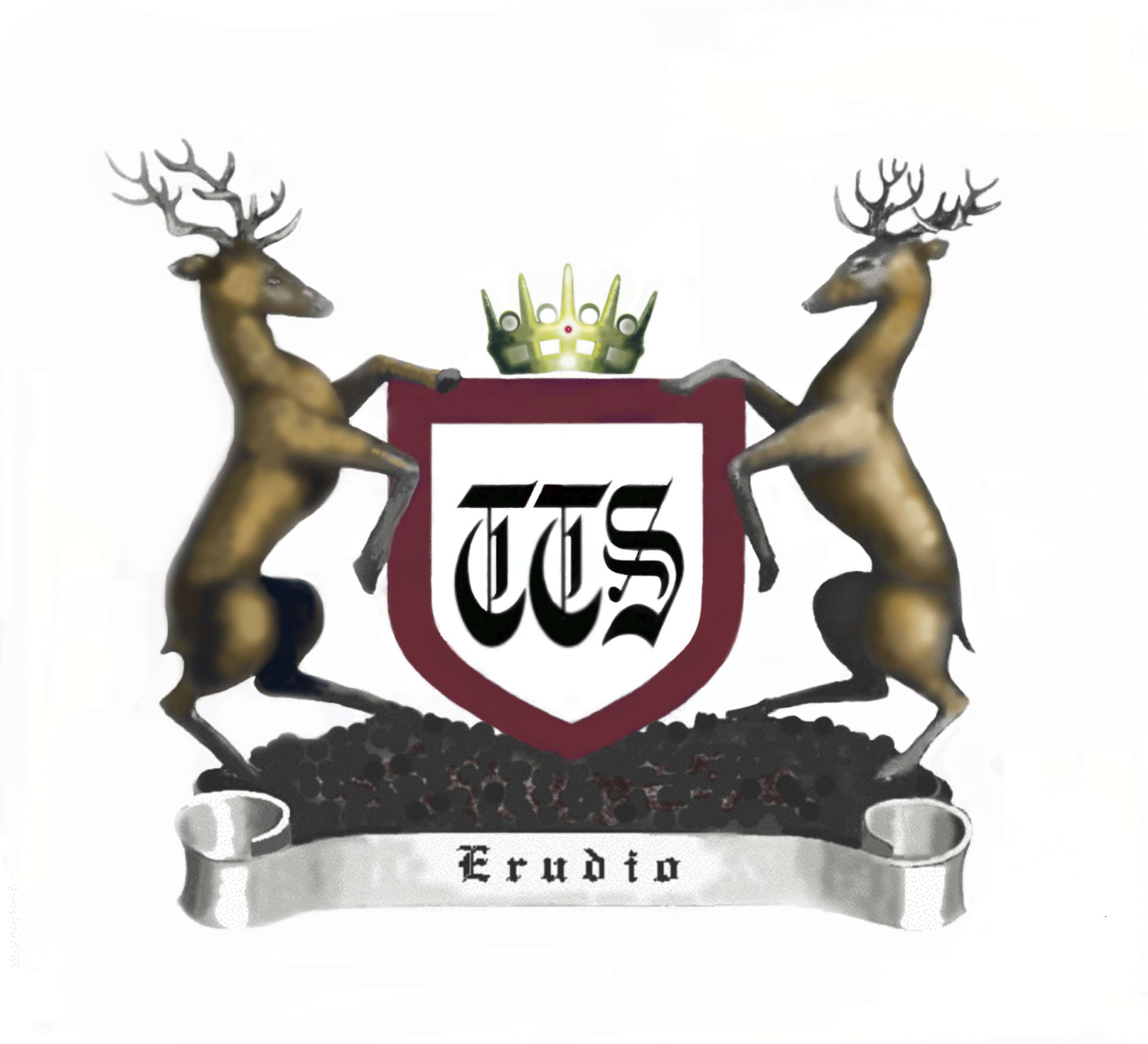 The Antlers are seen as symbolising hair.

The Inscription – Erudio (v) – Latin – to be deeply learned, polished.

The Stag Crest representing The Trichological Society has a strong significance to me as a fine artist interested in the boundaries between animal and human form in art history.
I shall attempt to examine how the stag has archetypal and mythical elements which are integrated into European and world-wide culture by emphasizing mainly on ancient Celtic-Romano beliefs.

The Stag itself is representative of Celtic-Romano myth when the Romans conquered Celtic-Europe over the first century BC and AD. They introduced methods of representing their gods and deities such as Cernunnos, the Horned One or the Lord of All. Cernunnos is seen as renewal, creation and is often associated with the ‘Tree of Life’ found in Celtic history and is one of the few early original spirits for whom we have a name. Thresholds were important in Celtic-Romano myth and a need to represent two worlds (earthly and spiritual) may have contributed to such hybrid depictions.

The human head, as a centre of spiritual power, had an overwhelming significance for all the Celtic peoples. It is conspicuous in their rituals, their warfare and their stories, and appears in their art from earliest known representations in central Europe to the manuscripts of the Christian Irish. The Celts were head-hunters and there was more to the collection of these trophies than the desire to boast their prowess. The use of real or man-made heads as a decoration reflects protective power, which was thought to reside in them.
The Celtic-Romano stag is represented as a leader pulling toward what the Celts describe as a ‘new dawn’ implying forward thinking and newness. Following the hunted stag was seen as leading to symbolic situations as the stag is presented as a messenger of the gods or heavenly powers.

The concept of the stag seen as ethereal or heavenly is emphasized again in Asian beliefs. The White Stag in China, or Shou-hsien, is interpreted as a god of immortality. Shou-hsien represents happiness and pecuniary gain. Also, in both Chinese and Japanese culture, the dragon is often interpreted as the ‘celestial stag’, an image of divine perfection. Interestingly, North American Indians also used the skin of a stag for religious purposes in the rituals of old to encourage re-birth and growth.
Although I am not suggesting that membership of The Trichological Society will lead you straight to the gods (!) it can be suggested that the Trichological Society stag crest could be associated closely with the ancient hunters of Great Britain and has strong references to Asian and American Indian concepts of superhuman deities. The mythical elements of the stag’s horns can be interpreted as a head-dress or crown, which one may say, references human hair.
The world-wide belief of renewal and creation upheld in the mythical stag fits interestingly with the regrowth of human hair.